Reprinted with permission from the National Italian American Foundation (NIAF), which published this story in its Fall 2020 Ambassador magazine. Visit niaf.org. View PDF Version of article, with more pictures, here. 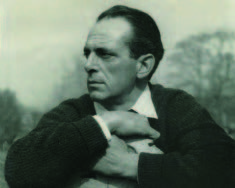 Photograph of Pietro Di Donato by Eve Arnold; courtesy of the Library of Congress

For the Italian immigrant families that populate Pietro Di Donato’s 1960 novel, Three Circles of Light, the flu pandemic of 1918 doesn’t arrive in West Hoboken, N.J., via soldiers returning from The Great War in Europe. They don’t become aware of it from watching newsreels before the feature film at the local Lincoln Theater.

“The first harbinger of impending evil,” writes Di Donato, “was Maria La Virgine. On Good Friday, she stalked up and down Central Avenue in front of San Rocco’s Church in the full of the moon baying, ‘La Morte! La Morte! The butchery on the Life Tree of my boy Jesus brings soon the finite end of the world! And they are without count for whom this world must end!’”

This year celebrates the 60th anniversary of Three Circles of Light. Less-acclaimed than the late novelist’s iconic first work, Christ in Concrete (1939), for which Three Circles of Light acts a prequel, it is no less striking in its vivid prose and achingly accurate portrait of New York-area Italian immigrants in the early 20th century.

Born in 1911 in West Hoboken, Di Donato rose to prominence in 1937 when Esquire magazine published his short story, “Christ in Concrete,” an autobiographical work about the death of his father, Geremio. He expanded it into the novel that two years later was published to great acclaim, notably edging out John Steinbeck’s The Grapes of Wrath as the Book of the Month selection. Di Donato died in 1992 in Stony Brook, N.Y.

As the world struggles today with the global COVID-19 pandemic in 2020, Di Donato’s Three Circles of Light is worth a revisit, especially for its chapter on the 1918 “Spanish” Flu Pandemic. It’s an example of the writing that would be done about the pandemic years and decades after it had past, for as historian Nancy Bristow (American Pandemic: The Lost Worlds Of The 1918 Influenza Epidemic) noted in her appearance last March on the NPR show Hidden Brain, the pandemic appeared to be forgotten quite quickly when it came to popular culture, and absorbed into the history of World War I.

“To remember the flu would be to admit to the lack of control that people had had over their own health,” Bristow notes. “It would be to admit that the United States was not necessarily all-powerful, but was like everywhere else in the world: subject as victims to something beyond their control.”

By 1960, more than 40 years after the pandemic, it seemed that Di Donato, who was only seven years old when it came to America, was finally ready to write about it.

Who was Maria La Virgine (“the Virgin”), the harbinger of impending evil? No one knew much about her, except that she arrived in West Hoboken (now Union City) from Vasto, Italy, with another colorful and key character in the novel, La Smorfia (“the Grimace”), so named for her partially paralyzed face. Everyone in the neighborhood had a nickname. Maria got hers because she thought she was the Madonna. When she delivered a stillborn premature baby, she naturally believed it was the Christ-child and had it preserved in a large glass jar of formaldehyde and enshrined on a shelf in a storage closet at Pellgrini’s pharmacy.

“To my people, the insane were never a subject for amusement,” says the book’s narrator. They took her warnings as a sign. He recalls his mother’s words about La Virgine: “God has a reason for removing her senses. He has a reason for everything.” That St. Rocco, the patriarch of their church, is the patron saint of epidemics only makes La Virgine’s ramblings more ominous.

And then there is Good Friday. Bad things happening on Good Friday are never good, especially when it comes to Di Donato’s work. More bad things are bound to come. That’s the day in Christ in Concrete that young Paul’s father and his bricklaying coworkers are killed in a building collapse, leaving his family fighting to survive in a bureaucratic world full of anti-immigrant sentiment, seemingly bereft of compassion.

In Three Circles of Light, while everyone takes La Virgine’s late-night warnings seriously — “They remembered plagues in Italy and signed the cross constantly” — their most pressing problem in 1918 was not the impending doom. It was the oppressive heat. Most of the country was in the grip of a heatwave. The Midwest topped 100 degrees for 25 days in August. New York City hit 104 degrees on August 7. Philadelphia reached 106. West Hoboken was no different. “Paint blistered. Neighbors’ tempers barked. Pedestrians fell prostrate, some dying before the ambulance came,” writes Di Donato. “I saw horses pulling wagons stop, quiver, foam at the mouth and topple on the cobblestones in harness and twisted yoke, their bellies swelling and legs stiffening.”

While Americans bought fans and sought shade, “the paesanos knew the ugly heat was an overture to something terrible.” Day after day, La Virgine exclaimed “La Morte! La Morte!” (“The Death! The Death!”) in the streets of West Hoboken.

The “something terrible” arrives that fall. The story’s narrator recalls being told to rush medicine on his bicycle from Pellegrini’s pharmacy to one of his family’s friends.

“It’s a pulmonary dysfunction,” Dr. Episodio tells the pharmacist. “Teobaldo came home from brick- laying, ill last night. It looked to me like some sort of infection. Today he is being consumed as if by flames. It’s something new and different.”

Teobaldo dies soon after. Within the week, there are more cases throughout West Hoboken, all with the same symptoms — the swift onset of high fever and death.

“Death’s quick soft step moved in every direction,” writes Di Donato, as he recounts how no one in the diverse community was spared. “Armenians, Turks, Americans, Italians, the Swiss and the Germans and the Jew and the Irish obediently responded to the pale beckoning eyes of death. Death was not a judge to be bribed, or a whore to be made discreet with pay.”

For immigrants who knew labor, poverty, and war so well, what became known as the “Spanish” flu was a frightening and frustrating nemesis: “With war, one was trained and armed to grapple with the enemy and fight for life,” we are told. “But how to defend from the unseen foe who stalks you at all turns, the silent fatal germ?” Even those who wore masks on the streets and in the trolleys were not immune to the flu. “The Black Angel struck capriciously.” 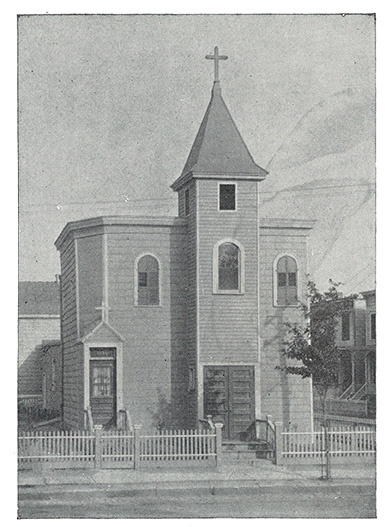 Their faith always paramount — they had built San Rocco’s Catholic Church with their own hands — Di Donato’s Italian community begins “to despair of church and science.” Neither seems to be helping. For Italians, however, faith and pagan superstition have always been intertwined. There was a last hope. Since it was a sign from La Virgine that had presaged the Reaper, only a countersign could send the Reaper away. And so it was on All Souls Day, November 2, that La Smorfia — herself stricken with the virus and in a weakened state — leads a procession first to Pellegrini’s Pharmacy to retrieve La Virgine’s glass jar with the Christ child, and then on to San Rocco’s, where the jar is placed upon the altar.

The skies over San Rocco’s Church open up; rain pours down and lightning and thunder shake the building’s foundation. La Smorfia falls unconscious and dies before the altar.

“The pestilent heat was instantly shattered,” we learn. “And, almost as if by the wave of a magical wand, the murderous Spanish flu fled. The reign of death disappeared.”

For Padre Onofrio, the pastor of San Rocco, the miracle that occurred on All Souls Day proved somewhat complicated to homilize once he returned to the pulpit:

“Behold, sheep of San Rocco’s pasture, I say we can profitably learn from … practices of the profane only if the results of their pagan actions and superstitions are propitious and in accordance with Christian wishes and human truths.”

It’s hopeful to think that the current pandemic could end in a similar, singular flash and show of faith. Or that the flu pandemic of 1918 cowered and fled as Di Donato describes. But we know that’s not how it works. The “Spanish” flu, which the novelist dramatizes in Three Circles of Light, was the highly contagious and deadly second wave of the pandemic that hit the United States in the fall of 1918. Before the pandemic fizzled out in the summer of 1919, it is believed to have killed as many as 675,000 Americans, and 20–50 million people worldwide.

Years from now, though, when we’re past the trials of this time, it’s heartening to consider that writers might find some room, as Di Donato did nearly 40 years later, to embellish and fictionalize as they see fit, and yet still capture the humanity of it all.